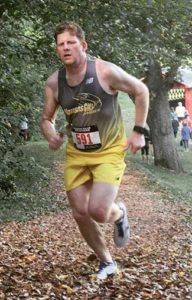 Josh returned to running shortly before his 40th birthday after a 17 year hiatus, primarily to get back in shape and to be able to run with his kids.  After seeing some masters and age-group success in the first few races back, combined with his collegiate distance and middle distance background at Emporia State, he feels being a part of the KC Smoke will keep him shaving time off PRs throughout his 40’s and beyond.

Josh will continue running road races to establish an aerobic base with a goal of getting back on the track to start competing in middle distance races (1500/800) once again.